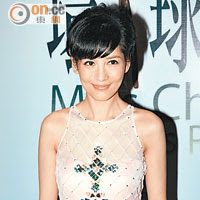 57. The OWP scheme has become “the single most important immigration policy that shapes Hong Kong’s demographic growth and composition”, accounting for some 93% of population growth from 1997 to 2001.[53] Applying the increased daily quota of 150,[54] about 55,000 Mainland immigrants are admitted each year. The Task Force Report suggested that some 168,000 persons were in the queue waiting for a OWP.[55] The Government has been content to maintain that rate of inflow. In a press release issued upon publication of the Task Force Report on 26 March 2003, the then Chief Secretary stated:

“We respect the right of family reunion and the Right of Abode conferred by the Basic Law, and we have concluded that the present daily allocation of 60 within the 150 quota for children with right of abode in Hong Kong is appropriate. ... For the time being, the total daily quota of 150 will remain unchanged. The SAR Government will liaise closely with the Mainland authorities with regard to the numbers and the allocation among the categories. If there is evidence that the demand falls, we will discuss with the Mainland authorities to reduce the quota.”

36. Social welfare rights which qualify as rights protected by Article 36 are subject to modification pursuant to policies generated by the Government in accordance with Article 145, as that Article plainly envisages. The importance of a right being recognized as a social welfare right protected by Article 36 is that any restriction subsequently placed on that right is subject to constitutional review by the Courts on the basis of a proportionality analysis (as Lord Pannick QC, appearing for the Director[27] accepted). The Government was therefore entitled to change its policy and to impose the seven-year requirement in place of the one-year requirement. But it is also clear that such modification is subject to constitutional review.

43. Accordingly, in my view, insofar as the disputed restriction in the present case is rationally connected to a legitimate societal aim espoused by the Government, the restriction will only be held to be disproportionate if it is manifestly without reasonable foundation. I turn then to apply these principles to the facts of the present case.

186. The one-year residence requirement was part of the previous system on the basis of which art. 145 of the Basic Law required the Government to formulate its policies for the development and improvement of social welfare in the light of economic conditions and social needs. We have not been asked to hold that the residence requirement of one year had also been unconstitutional, and I see no reason to do so.  ...

23. As is true of many constitutional provisions, Article 36 is in very broad terms, conferring a constitutional right on Hong Kong residents “to social welfare in accordance with law”. Apart from the CSSA scheme, which[17] forms the mainstay of social security in Hong Kong, the SWD provides a wide range of services. They include family and children services; services for the elderly; rehabilitation and medical social services; services for offenders; services for community development; and services for young people.[18] There is obviously room for argument as to whether all or only some part of those services come, as a matter of law, within the concept of “social welfare” for the purposes of founding a constitutional right under Article 36. In my view, however, since the CSSA scheme aims to provide a welfare benefit addressing basic, “safety net” needs – a fundamental function of any social security system, such benefit is a clear case coming within the Article 36 concept of “social welfare”. It was not suggested otherwise. The question whether any other benefits and services provided by the SWD also fit within that concept must be left open. Other facets of the system operated by the SWD might well give rise to different considerations and it should not be assumed that what is said in this judgment can necessarily be extrapolated for general application across the spectrum of services provided.

(1) A police officer may detain an intoxicated person found in a public place who is:

(a) behaving in a disorderly manner or in a manner likely to cause injury to the person or another person or damage to property, or

(b) in need of physical protection because the person is intoxicated.

''One-punch'' assaults have claimed 90 Australian lives since 2000, mostly in booze-fuelled bashings, a new study has found.

The victims were killed either by a single blow to the head or when falling and smashing their heads against the hard ground after being knocked unconscious.The findings have intensified calls for Victoria to adopt tough king-hit laws, despite resistance from the state government.

Jennifer Pilgrim, a researcher at Monash University's Department of Forensic Medicine, said alcohol was involved in almost three-quarters of deaths recorded between 2000 and 2012. Dr Pilgrim said most of the victims were knocked unconscious when they were at a licensed venue, outside the venue or on their way home from the venue.

In more than a third of killings, the deceased and the attacker did not know each other.

''There was a brief altercation with someone they just met five minutes ago,'' Dr Pilgrim said.

''One person throws a punch. A person goes down, hits their head and never again regains consciousness.''

NSW had the highest number of king-hits (28), followed by Victoria and Queensland (24 cases each).

The move came after widespread public disgust at the four-year minimum sentence given to the killer of 18-year-old Thomas Kelly, who was king-hit by a young man on a Kings Cross bashing spree.

But Victoria's Attorney-General Robert Clark said the government had no plans for change because existing dangerous-act manslaughter laws already carried a penalty of up to 20 years in jail.

Despite the government's opposition, Victorian families of king-hit victims are calling for immediate law reform to ensure hefty prison sentences for offenders.

They will rally at Manningham City Square on December 15 to demand that judges be allowed to hand down the maximum 20-year sentence for manslaughter in king-hit cases.

''STOP. One Punch Can Kill'' rally organiser Michelle Kleinert is close friends with a family devastated by an alleged king-hit.

Ms Kleinert said two years spent in prison did not equate to a life taken, yet some young people seemed to have an attitude that ''if you do something and someone dies, you'll get a couple of years and we'll get a tattoo in jail''.

''We need to start educating people that are coming up because I think the culture of king-hits is strengthening,'' she said.

Last weekend, three people in Queensland were charged with murder over the alleged king-hit and bashing of a man, 45, outside a Maroochydore kebab shop.

Missing from the 90 deaths listed in the coroner's study are recent suspected one-punch deaths yet to be finalised in the courts.

Among the incidents not listed is the alleged manslaughter of David Cassai, 22, while he was on his way home from the Portsea Hotel last New Year's Eve.

More than 40 per cent of fatal punches happened between midnight and 6am, according to the latest data.

Victoria Police Superintendent Rod Wilson said he had observed problems when patrons ''hit the air'' outside after leaving bars.

Superintendent Wilson said it was the responsibility of venue operators to make sure partygoers were consuming alcohol responsibly and screening patrons before they were let in. ''You've got to talk to people. It's not good enough to look at them and say 'come in','' he said.

NSW Police Superintendent Pat Paroz said perpetrators had only themselves to blame.

''It is not 'normal to get intoxicated and then beat someone up, and we shouldn't accept that because a person was intoxicated it somehow reduces their level of accountability for their actions,'' Superintendent Paroz said.

Professor Fulde is a supporter of a move to force pubs and clubs to close earlier, with experts pointing to evidence that bringing forward closing times to 3am reduces assaults by more than 30 per cent.
(2.12.2012 Sydney Morning Herald) Emma Morano, pictured when she was younger.

Ms Morano says her eating habits - including raw egg every day - have helped her live so long.

"For breakfast I eat biscuits with milk or water," she said.

"Then during the day I eat two eggs - one raw and one cooked - just like the doctor recommended when I was 20 years old. For lunch I'll eat pasta and minced meat then for dinner, I'll have just a glass of milk."

She also "eats a sweet now and then to pass the times".
Sleep is another important factor in her longevity. Ms Morano goes to bed before 7 pm every night and wakes up before 6 am.