Canberra's transport network is set for a major shake-up from October 30 as Uber begins local services and the ACT government moves to introduce accreditation and insurance rules for ride-sharing businesses.

Uber's arrival will see major concessions to the taxi industry including cuts to license fees twice by 2017, seeing a drop from $20,000 per year to $5000. Fees charged to hire car operators will also fall.

Chief Minister Andrew Barr and Greens Minister Shane Rattenbury will announce the plans as part of a review of Canberra's taxi industry on Wednesday, making the ACT the first Australian jurisdiction to regulate ride-sharing.

In a two-stage process, interim arrangements will come into force from the end of next month allowing ride-sharing drivers to take smartphone application and phone bookings. Only taxis will be allowed to pick up passengers from ranks and on the street.


Criminal history and background checks will be required for anyone behind the wheel. Taxi, hire cars and ride-share vehicles will all undergo safety inspections and drivers will be subject to five-year health assessments. The government will also introduce compulsory third party and property insurance requirements for all ride-sharing cars.

Some rules for taxi drivers will be scrapped, including requirements for drivers' uniforms. Restrictive training requirements be scrapped and operators will no longer have to demonstrate their capacity to meet standards and financial viability.

Uber drivers will be required to be drug and alcohol free when behind the wheel and so-called "surge pricing" will be banned during emergencies. The company apologised after raising fares by as much as four times during December's Sydney siege.

Ride-share applications will have to offer fare ranges and customer complaint mechanisms. Standard passenger privacy protections for bank and personal information will apply.

Taxi surcharges for electronic payments will be capped at 5 per cent. Passengers will be able to agree to a fare through a ride-sharing application before their trip, and requests for up-front payments and tips will be banned.

Uber passengers will not be able to pay with cash until legislation is passed, likely in late 2015 or 2016. Drivers will only be able to accept cash if a security camera is installed in the car.

Uber drivers will only be able to accept passengers from booking services and cannot be hailed or stop in taxi, loading or bus zones. Drivers must also complete a training accreditation course within six months of the laws being passed.

The plans come after 40 Uber drivers in Sydney were issued suspension notices on Monday after authorities failed to prosecute drivers in court. Like others states, NSW has not regulated the ride-sharing company despite its services operating on Sydney roads since April 2014.

About 100 Canberra taxi drivers went on strike earlier this month, calling on the ACT government to introduce regulations to ensure a level-playing field.

The Canberra Taxi Industry Association has routinely called for Uber to be required to comply with the same safety rules, rates and regulations that apply to taxi drivers.

"These reforms are a win for Canberrans and those travelling to the territory, improving access to diverse transport options and competitive pricing," Mr Rattenbury said.
(30/9/2015 Sydney Morning Herald)

The Roads and Maritime Services has launched a new crackdown on Uber drivers - this time taking their cars off the roads.

After failing to prosecute UberX drivers in court, the agency has now suspended the registrations of 40 vehicles that were being used to provide ride-sharing services.

The new approach, which mean the cars cannot be driven on roads for three months, comes just weeks before a task force examining the possible regulation of Uber in NSW is set to deliver its findings

The fast-growing UberX platform, in which drivers offer taxi-like services in their private cars, is at present illegal under the NSW Passenger Transport Act.

Drivers have been issued with hefty fines but earlier this year the state government was forced to drop charges against 24 UberX drivers after after what it called "evidentiary issues".

RMS safety and compliance director Peter Wells said the government was taking action against people who used or allowed the use of their vehicle for ride sharing.

"Thousands of dollars in fines have already been issued to drivers offering illegal ride-sharing activities and compliance actions will continue," Mr Wells said.

"If drivers continue to offer illegal ride-sharing services – they will continue to risk registration suspensions and fines."

An Uber spokesperson said it appeared the 40 drivers had not been shown "due process" and the company was reviewing the legal options to challenge the suspensions.

In the past, Uber has covered fines and court costs of drivers.

The company has not yet responded to questions about what, if any, action it will take to support the 40 car owners who can no longer use their vehicles.

An RMS spokesman said that compliance operations will continue and further suspensions are expected.

The move by the RMS comes amid the taxi industry's mounting hostility towards UberX.

Hundreds of taxi drivers protested in the Sydney CBD earlier this month, angry that their concerns about the platform were not being addressed.

Last week, Uber provided the state government and the taskforce with a proposal for legislative reform that would make ride-sharing apps legal.

Under the proposal, ride-sharing drivers would be prohibited from taking street hails and rank work and not be able to accept cash or advanced bookings.

Premier Mike Baird said the government would respond to the task force findings but until then "the status quo is the status quo and that's what we expect participants to abide by".
(28/9/2015 Sydney Morning Herald)


可惜我找不到宋教授的演詞，只能依賴報導來評論。《基本法》對終審法院海外法官的設置寫得寛鬆，用的字眼是「終審法院可根據需要邀請其他普通法適用地區的法官參加審判」(第八十二條)。英文版本是 "... which may as required invite judges from other common law jurisdictions to sit on the Court of Final Appeal". 不論中英文版的《基本法》，都用了discretionary酌情的字眼「可根據需要」/"may as required"，而並非宋教授講要考慮是否「必須」有海外法官。《基本法》寫得清清楚楚，毫不含糊，何需人大釋法？這邀請海外法官的權力一早下放了給特區政府，或者可以叫在憲法上賦予特區政府這權力，中央就無權干預了。法例第484章《香港終審法院條例》第5(3)條也用了《基本法》的相同字眼，來邀請其他普通法地區法官參加審判。 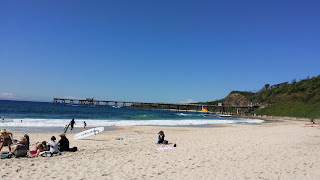 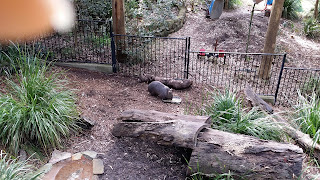 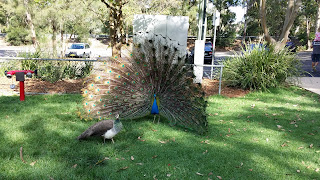 三權分立的論爭，如火如荼，連不涉政治的法官也要開腔，馬道立罕有地回應記者問，重申對香港三權分立體制的看法，一則是回應張曉明在《基本法》頒布二十五周年研討會講話，二則回應饒戈平指法官不理解《基本法》的批評，三則重申他在2014年法律年開啓典禮的三權分立的演辭，其中幾句這樣講：The Basic Law sets out clearly the principle of the separation of powers between the legislature, the executive and the judiciary, and in quite specific terms, the different roles of the three institutions。大馬爺要出口，主要是因為畀人話唔識《基本法》。對於《基本法》的闡釋，中央和香港法院之間存着解釋方法的根深蒂固的矛盾，簡單講，是人治和法治的矛盾。

149. A barrister to whom a confession of guilt has been made by his client must observe the following rules:

If the barrister is instructed to act otherwise than in conformity with this rule he should return his brief.

(b) If the confession is made during the proceedings or in such circumstances that he cannot withdraw without compromising the position of his client, he should continue to act and to do all he honourably can for him; but this situation similarly imposes very strict limitations on the conduct of the defence; and the barrister may not set up an affirmative case inconsistent with the confession by, for example, asserting or suggesting that some other person committed the offence charged or calling evidence in support of an alibi.

150. (a) It is the duty of defending Counsel to advise his client generally about his plea to the charge. It should be made clear that whether he pleads "not guilty" or "guilty", the client has the responsibility for and complete freedom of choice in his plea. For the purposes of giving proper advice, Counsel is entitled to refer to all aspects of the case and where appropriate he may advise his client in strong terms that he is unlikely to escape conviction and that a plea of guilty is generally regarded by the Court as a mitigating factor.

(b) Where a defendant tells his Counsel that he did not commit the offence with which he is charged but nonetheless insists on pleading guilty to it for reasons of his own, Counsel must continue to represent him, but only after he has advised what the consequences will be and that what can be submitted by Counsel in mitigation will have to be on the basis that the client is guilty.

A former teacher from Sydney's most distinguished legal family will not go to jail for filming up students' skirts and possessing nearly 10,000 images of child pornography.

Robert Arthur Emmett pleaded guilty in May to filming up the skirts of three teenage girls. He also pleaded guilty to having child abuse material, including three images and seven videos in the most serious classification.

The son of two judges, Emmett is also the grandson of former NSW Chief Justice Sir Laurence Street, who was himself the son and grandson of chief justices. Emmett was working as a mathematics teacher at St Andrew's Cathedral School in the city when he was arrested on August 7, 2013.

In March that year, he had walked from one classroom to another, making two videos of three girls' without their consent, according to a police fact sheet.

Emmett, who was 36 at the time, began talking to the students while manoeuvring his phone at waist height to film their underwear.

One victim said in a statement: "When I think back on his behaviour, he was often looking up the stairs as we walked up and down, and hanging around us too closely at lunch times."

The Downing Centre District Court heard on Thursday he was taking medication to suppress his sexual libido.

Judge Ian McClintock, in sentencing, said the child pornography images were "disturbing and depraved". But he also considered Emmett's early guilty plea and his "increasing insight" into the wrongness of his actions.

He also considered a report which recommended Emmett serve an Intensive Corrections Order, where he would take part in rehabilitation in the community rather than inside jail. A psychologist, Dr Bruce Westmore, reported sexual therapy programs in jail had long waiting times and Emmett would make more progress on the outside.

As part of the order, Emmett must continue psychotherapy treatment and be of good behaviour. He was also sentenced to a three-year good behaviour bond for separate offences in which he filmed up women's skirts at railway stations.

The Crown had argued Emmett should serve time in jail rather than receive an Intensive Corrections Order.


A western Sydney lawyer has been banned from practising after he falsely invoiced Legal Aid NSW for more than $30,000.

Sonny Wilson, a Liverpool solicitor, charged Legal Aid for barristers' and translators' fees on behalf of his clients when no such work was provided.

Between 2012 and 2013, he misappropriated trust funds and made five false certifications to the service, which has struggled with federal funding cuts. Several times Mr Wilson told Legal Aid that barristers had appeared in court when Wilson himself represented his clients.

On Monday, the Civil and Administrative Tribunal found Wilson guilty of "egregious" dishonesty. The solicitor, pictured below with rugby league great Darren Lockyer, had his name struck off the roll of NSW lawyers.

Mr Wilson, representing himself, did not formally oppose the removal of his name but asked for a suspension instead.

"I am willing to learn from my past mistakes and errors," he said in an affidavit. "Hopefully I can obtain another opportunity in the near future to practice as a solicitor and to be of some use and benefit to others."

The tribunal found his dishonesty was so extensive they had no option but to remove his name from the roll.

"Despite his good intentions, we are far from satisfied he has achieved this redemption in the relatively short time that has elapsed since his practising certificate was suspended," the tribunal panel wrote.

But the panel said Mr Wilson's chance to return to law "may not be lost forever". He is now studying full-time for a three-year degree in theology at Alphacrucis College in Parramatta.

The tribunal's decision came one year after the Productivity Commission recommended the Abbott government add $120 million to legal aid services around Australia. The government is yet to respond to the recommendation. (8/9/2015 Sydney Morning Herald)

立法會交通事務委員會鐵路事宜小組委員會去年5月討論高鐵延誤時，鍾樹根質問時任港鐵行政總裁韋達誠為何4月才知悉工程延誤，並以英文問道：「What is your daily work? You are dreaming on your office, or you are not attend your office?」 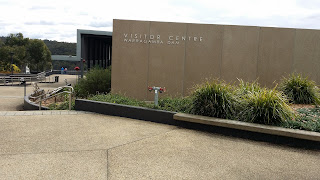 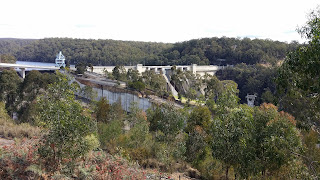 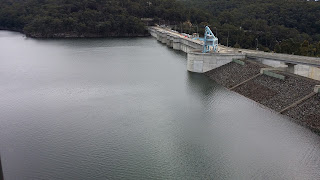