Human rights lawyer Wang Yu talks during an interview with Reuters in Beijing in this March 1, 2014 photo.

Chinese authorities have formally arrested China's most prominent woman human rights lawyer, accusing her of subverting the state, her lawyer said on Wednesday, as part of a crackdown on activists who have helped people fight for their legal rights.

The lawyer, Wang Yu, was taken into custody last July and accused the next month of inciting subversion and "causing a disturbance".

Wang is the best-known human rights lawyer targeted in an unprecedented nationwide sweep by Chinese police last July, during which hundreds of lawyers were detained. A formal arrest usually leads to a trial and conviction by China's party-controlled courts.

"Wang Yu has provided her legal services to people on the lowest rungs of society. I never thought that she would be charged with subversion of state power," Li said. "I just don't understand this."

Li said she had not met Wang since her client's detention. According to Li, police denied her requests to meet Wang seven times in the past six months on the grounds that Wang's case "endangered state security".

Wang has defended Wu Gan, an online free speech advocate, Li Tingting, a prominent rights activist, and Cao Shunli, an activist who died in detention after being denied medical treatment.

Last year, China's state media accused Wang of "blabbering about the rule of law and human rights". Two weeks after the report, she told a Reuters reporter that she thought her arrest was inevitable.
(Reuters Jan 13 2016) 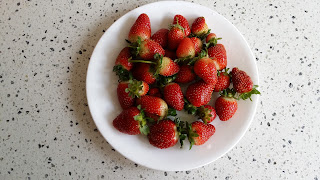