79. However, a person may provoke a breach of the peace without any violence or threat of violence on his part: “... it suffices that his conduct is such that the natural consequence of it is violence from some third party”.[55] That third party need not be the person provoked or a by-stander, it could, for instance, be a member of the provoker’s group.[56] The actual or feared harm must be unlawful[57]and, where the harm is anticipated, there must be a real risk and not the mere possibility of such harm.[58] Moreover, the anticipated harm must be imminent.[59]

1. The freedom of expression may take many forms. As was involved in the present case, they include the freedom of speech, the freedom of assembly and the freedom of demonstration. The right to the freedom of expression is guaranteed by art 27 of the Basic Law and art 17 of the Bill of Rights. This is a fundamental right to enable any person to air his grievances and to express his views on matters of public interest. In a free and democratic society, there are bound to be conflicts of interest and differences in opinion. It is important that those who purport to exercise the right to the freedom of expression must also respect the rights of others and must not abuse such right. Conflicts and differences are to be resolved through dialogue and compromise. Resorting to violence or threat of violence or breach of the peace in the exercise of this right will not advance one’s cause. On the contrary, this will weaken the merits of the cause and result in loss of sympathy and support. The means to achieve a legitimate end must not only be peaceful, it must also be lawful. Violent or unlawful means cannot justify an end however noble. It may also attract criminal liability. (HKSAR and Chow Nor Hang and another FACC14/2012)

79. However, a person may provoke a breach of the peace without any violence or threat of violence on his part: “... it suffices that his conduct is such that the natural consequence of it is violence from some third party”.[55] That third party need not be the person provoked or a by-stander, it could, for instance, be a member of the provoker’s group.[56] The actual or feared harm must be unlawful[57] and, where the harm is anticipated, there must be a real risk and not the mere possibility of such harm.[58] Moreover, the anticipated harm must be imminent.[59]


After a terrible trauma, Joany Badenhorst finds her feet in Winter Paralympics team

In 2005 she lost a leg. Now Joany Badenhorst is a Paralympics snowboarding hopeful, writes David Sygall.

There are moments when Joany Badenhorst struggles to accept what happened. Tears flow when she is overcome. Yet her regret is not the gruesome near-fatal trauma she endured, it's that people she loves so deeply witnessed it.

''My brothers, cousins, one of my dad's friends, my nan and pop were there,'' she says of that day, back in her native South Africa, when she was just 10. ''I'm OK but it's impacted my family in a horrible way. The memories - you never get something like that out of your head. That's what upsets me the most. I can't imagine what they've gone through.''

The family never let on about the way the amputation affected them, the engaging teenager says.

Her mother Petro quit her teaching job to care for her. Her architect father Peter brought the family to Australia, largely to get the best medical attention. And brothers Garret and Peter helped at every turn.

''They've been like a rock for me. I'm sure they all struggled, but they never let me know. They love me.''

Early next year, however, there may be no hiding emotion, when Badenhorst, now 19, competes in front of the world.

On Saturday she leaves with several of Australia's winter Paralympics hopefuls for the northern season and will compete and train in the Netherlands, US and Austria.

All going well, she will be in Sochi, Russia, for the Winter Games, where she will be among Australia's first competitors in the newly-added sport of para-snowboard.

It is a grand achievement in Badenhorst's whirlwind life since the day everything was turned upside down.

It happened amid ''the most cheesy, amazing childhood'', she says, on a hobby farm 300 kilometres from Bloemfontein in central South Africa. Badenhorst competed in dancing and athletics, but loved being home, where the kids rode horses and bikes, played in the cubby-house and swam in the river.

July 12, 2005, was a regular day. The kids played as Peter and a farmhand back-burned, using a tractor power take-off to pump water on the flames. During a break, Badenhorst leant on the plough. When the farmhand restarted the engine, it caught her leg and ripped it off below the knee.

''I got a cold shock through my body,'' she says. ''I looked down and saw blood everywhere. I was just screaming.''

Petro kept talking to keep her daughter awake as they waited for help. The ambulance couldn't get through the terrain, so they drove to a neighbour's air strip, where a mercy flight picked her up. ''I remember the medics on the flight saying aloud that they didn't think I would make it,'' she says.

After nine hours of surgery, Badenhorst woke to begin her new life. ''It all seemed dreamlike,'' she says, shaking her head. ''I just remember being so thirsty.''

There were setbacks in the ensuing months and years. But Badenhorst's determination was unstoppable. After attending school in a wheelchair or on crutches, she got a prosthetic leg and came second in the school 100 metres event. She joined the South African Paralympic program and competed at the 2009 Paralympic Youth Games.

''It was never about gold medals,'' she says. ''I just wanted to keep up with my friends.''

When she moved to Australia four years ago, she narrowly missed qualifying for the London Games. But her skills were seen by snowboarding coach Peter Higgins as transferable to the snow.

''He asked if I'd be interested in joining winter sports. I said yes straight away,'' she says.

Just months later, Badenhorst finds herself on the cusp of a wonderful experience.

''I've got those moments still where I can't believe what happened to me, losing my leg like that, and I start crying,'' she says. ''But, I don't know, I never thought my life was over or anything. The support that I had was amazing and, great things have happened. I think it's been a blessing in disguise. I really wouldn't change anything.''

Kieran Loveridge has been sentenced to a minimum of four years in jail for the king-hit murder of Sydney teenager Thomas Kelly.

Mr Kelly died when he was randomly punched by Loveridge on a night out in Kings Cross.
Loveridge, 19, was sentenced in packed courtroom and a cry of "oh god" could be heard coming from the direction of Mr Kelly's family as the sentence was read out.
Loveridge had pleaded guilty to the manslaughter of Mr Kelly, who was king hit in the notorious Sydney party strip on July 7, 2012. 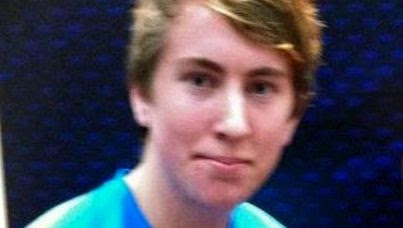 女事主PVYW受僱於聯邦政府，事發時出差往新州（NSW）南部海邊小鎮Nowra觀察有關財政預算事宜，晚間入住僱主為她預訂的旅館過夜，期間與相好在旅館交歡，也不能確定兩人是誰把床頭壁燈扯了下來，砸傷了女事主的臉和鼻，女事主向聯邦政府索償，所持的理由是她屬於因工受傷，因為她身處旅館，乃僱主工作上的安排。行政上訴審裁處（Administrative Appeals Tribunal）判她敗訴，女事主上訴，單一法官（primary  judge）推翻原判，政府不服，上訴至聯邦合議庭（Full Court of the Federal  Court），合議庭3個法官一致判政府敗訴。合議庭引用Hatzimanolis v ANI Corporation  Ltd 一案的判例，認為雖然女事主不是在實際工作時受傷，也屬因工作而引致的工傷（to state the circumstances in which injuries to employees, which did not occur during periods of actual work, would nevertheless be treated as arising in the course of employment）。合議庭認為只要在僱主要求或鼓勵下，僱員處身於某地方，僱主便要為僱員受傷負責，僱員無需證明在僱主鼓勵下從事某種活動才引致受傷。以本案而言，即女事主在旅館與人交歡並非受聯邦政府鼓勵下進行的，但她身處旅館卻是政府工作上安排的一部份，所以政府要為她受傷負責。

政府最後上訴至聯邦最高法院，法院以4比1判政府勝訴。最高法院認為合議庭曲解了Hatzimanolis案的精神，最高法院認為僱員的活動就算不足以構成嚴重不當（gross misconduct）（嚴重不當的話會是工傷不獲賠償的理由），也需要與工作有關連，否則僱主會變成受保的保險公司（insurer），這種法律闡釋方法會帶來畸形後果。最高法院認為Hatzimanolis案的論據旨在訂立僱主責任的規範。Hatzimanolis確認這種工傷索償考慮的一個重要元素，就是在實際工作以外的時間的活動，（譬如午飯時間的活動）僱主有沒有授權、鼓勵或容許僱員在某地方進行某些活動，就無需負責。(In reformulating the principle, Hatzimanolis identified as a striking feature of these cases that, where an injury occurred in an interval between periods of actual work, "the employer has authorized, encouraged or permitted the employee to spend his time during that interval at a particular place or in a particular way.")