“Despite the Apple Watch being smaller than a cellular phone, on the evidence it is a communication device capable of receiving and transmitting electronic data,”

“While attached to the defendant’s wrist it is no less a source of distraction than a cell phone taped to someone’s wrist. It requires the driver to change their body position and operate it by touch,”

Victoria Ambrose was charged with a single count under the Highway Traffic Act, Section 78.1(1), drive hand-held communication device. She was issued a Part I Offence Notice and the matter proceeded to trial on April 24th, 2018.
In this matter the onus is on the prosecution, and the standard is beyond a reasonable doubt. The evidence is, for the most part, admitted.

Ms. Ambrose was driving her motor vehicle on South Ring Road in the City of Guelph when a University of Guelph police officer noticed the glow of a device she was using from his cruiser stopped directly beside and to her right. Both the defendant and the officer were facing a red light. The officer observed Ms. Ambrose to be looking up and down at the handheld communication device approximately four times over the course of his observations.

The officer testified that he saw the traffic signal turn green and the two cars in front of Ms. Ambrose moved forward but she did not. He activated the ditch light on the cruiser light bar which shone into Ms. Ambrose’s car and she began to drive forward. The officer testified that his observations of the use of the device totaled 20 seconds and I accept this testimony as it is consistent with the description of his observations of the other vehicles in the use of his light.

The officer pulled Ms. Ambrose over a short time later and learned that the device she was using was an Apple watch. Ms. Ambrose confirms this in her testimony. The evidence before me is that an Apple watch is capable of receiving and transmitting electronic data. Ms. Ambrose testified that the watch was not connected to her phone which was in the car with her at the time.

Whether it was actually connected to another device at the time of the offence is not a determining factor. It is the holding, or use of the device that the court must determine.

Ms. Ambrose testified that despite the capabilities of the Apple watch she was merely checking the time which requires touching the screen to activate and deactivate it. It is apparent that she chose this method over the use of the clock in her automobile.

Subsection (1): no person shall drive a motor vehicle on a highway while holding or using a handheld wireless communication device or other prescribed device that is capable of receiving of transmitting telephone communications, electronic data, mail or text messages.

Subsection (2): No person shall drive a motor vehicle on a highway while holding or using a handheld electronic entertainment device or other prescribed device the primary use of which is unrelated to the safe operation of the motor vehicle, hands-free mode allowed.

Subsection (3): Despite subsections (1) and (2), a person may drive motor vehicle on a highway while using a device prescribed in those subsections in hands-free mode.

S.300 Use of mobile phones by drivers (except holders of learner or provisional P1 licences)

(1) The driver of a vehicle must not use a mobile phone while the vehicle is moving, or is stationary but not parked, unless:

(a) the phone is being used to make or receive a phone call (other than a text message, video message, email or similar communication) or to perform an audio playing function and the body of the phone:

(i) is secured in a mounting affixed to the vehicle while being so used, or

(b) the phone is functioning as a visual display unit that is being used as a driver’s aid and the phone is secured in a mounting affixed to the vehicle, or

(c) the vehicle is an emergency vehicle or a police vehicle, or

(d) the driver is exempt from this rule under another law of this jurisdiction.
Maximum penalty: 20 penalty units.

The 2017 sci-fi thriller Bleeding Steel, which featured Chan duelling with an evil villain atop the sails of the Sydney Opera House, was funded in part by a one-off direct grant of $850,000 from the NSW government.

The money came from the Community Development Fund, which is administered by the Office of Responsible Gambling and financed through unclaimed poker machine jackpot prizes and unclaimed gaming machine tickets. 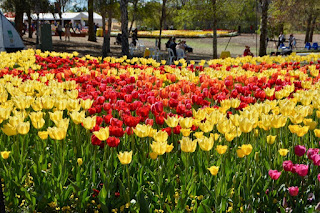 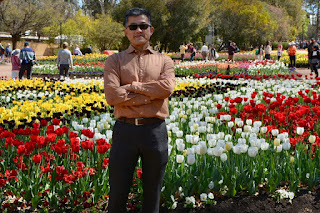 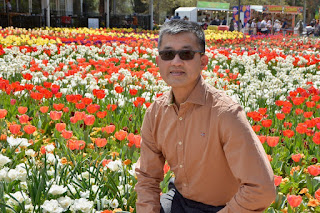 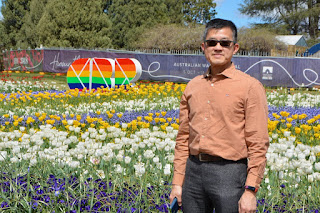 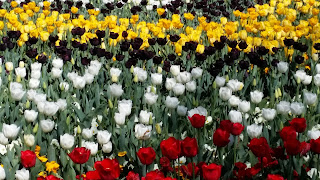 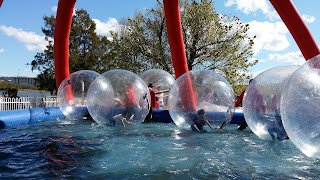 A veteran NSW judge says she fears her colleagues will be driven to suicide if pressure isn’t lifted on the state’s overwhelmed court system.

In an extraordinary attack on the under-resourced sector, District Court judge Robyn Tupman warned it could come to someone taking his or her life before action was taken to ease the workload of members of the NSW judiciary.

“Let’s not muck around, we don’t want judges committing suicide like what happened in Victoria,” Judge Tupman said, referring to two high-profile deaths in state's judiciary in the past year.

“I fear for the wellbeing of many of my colleagues on this bench who have far less experience, are much younger and perhaps aren’t quite the bastard that I am.

"I hope we don't have the tragic outcome in NSW that has occurred in Melbourne because of the extraordinary workload required to be undertaken by the District Court."

......
I fear for my colleagues': Judge warns NSW judiciary workload could have tragic consequences

228Data in electronic devices that are subject to control of Customs

(1)
This section applies to any electronic device—

that is subject to the control of Customs; or

that a Customs officer has reasonable cause to suspect is subject to the control of Customs.
(2)
Data in the device may be searched in accordance with the following powers:
Powers if threshold met

a person in possession of the device has been, is, or is about to be involved in the commission of relevant offending:

an importer or exporter of a device (other than a person to whom subparagraph (i) applies) has been, is, or is about to be involved in the commission of relevant offending:

an unaccompanied device has been, is, or is about to be used in the commission of relevant offending and the importer or exporter cannot be reasonably identified or located:

the power to make a full search if a Customs officer has reasonable cause to believe that evidential material relating to relevant offending is in the device:

the power to require a user of the device to provide access information and other information or assistance that is reasonable and necessary to allow a person exercising a power under paragraph (a) or (b) to access the device:
Powers with no threshold

the power to make a full search of unaccompanied electronic storage media that is an optical disc imported other than for personal use for the purpose of determining whether it contains any pirated copy within the meaning ofPart 7 of the Copyright Act 1994.
(3)
However, there is no power under subsection (2) to search material (of any kind) that is accessible from the device but is not stored in the device (see section 225, which relates to search warrants).
(4)
The powers in subsection (2)﻿(a) and (b) may be used for the purpose of determining whether evidential material relating to relevant offending is in the device.
(5)
In this section and section 227,—
access information includes codes, passwords, and encryption keys, and any related information that enables access to an electronic device
data means information in digital format and other intangible material in an electronic device
electronic device or device means anything that contains data (including an electronic communication device or any other data storage device)
full search means that—

the device may be accessed and searched using any technology aids; and

the device or data may be copied, reviewed, or evaluated (including by means of previewing, cloning, or other forensic methods); and

the device may be removed or detained for the time reasonably necessary to conduct the search; and

the search must not damage the device or damage or interfere with the operation of the device; and

any transmitting functions on the device must be disabled, wherever possible, before the search of data in the device; and

the device may be accessed, searched, reviewed, or evaluated either manually or by using a technology aid that has completed a privacy impact assessment in consultation with the Privacy Commissioner; and

any temporary files created by a technology aid must be immediately deleted when the search is complete (unless the device is detained for a full search); and

the search must not damage the device or damage or interfere with the operation of the device; and

any transmitting functions on the device must be disabled, wherever possible, before the search of data in the device; and

the search must take no longer than reasonably necessary; and

the importation or exportation of any prohibited goods; or

an offence under this Act; or

the unlawful importation or exportation of any goods
stored value instrument—

means a portable device (for example, a debit card) that contains monetary value that is not physical currency but that can be reloaded or redeemed for cash; and

includes an instrument that is prescribed as a bearer-negotiable instrument under section 153(b) of the Anti-Money Laundering and Countering Financing of Terrorism Act 2009
user means a person who owns, leases, possesses, or controls a device (or an employee of such a person) and who has relevant knowledge of the device.

(6)
Section 130(2) and (3) of the Search and Surveillance Act 2012 (which relates to incrimination) applies, with any necessary modifications, to a requirement of a Customs officer under subsection (2)﻿(c) or (d) (except that section 130(2) and (3) is subject to subpart 5 of Part 4 of that Act if that subpart applies under subsection (14)).
(7)
Subsections (8) to (11) apply if a person fails to comply with a requirement of a Customs officer under subsection (2)﻿(c) or (d).
(8)
If the person has no reasonable excuse for failing to comply with the requirement, the person commits an offence and is liable on conviction to a fine not exceeding $5,000.
(9)
A Customs officer may retain the device for the purpose of arranging access to, and searching, the device.
(10)
After the prescribed period, a Customs officer who retains a device may treat it as forfeited, in which case subpart 9 of Part 3 applies.
(11)
If a person is convicted of an offence under subsection (8), a court may order the device to be condemned to the Crown, destroyed, or returned subject to any conditions that the court thinks fit.

(12)
Subpart 6 of Part 4 of the Search and Surveillance Act 2012 applies in respect of devices detained for a full search under this section.

(13)
If any information or document on a device that is subject to an initial search under subsection (2)﻿(a) is privileged from disclosure within the meaning of section 254, that section applies to the information or document but otherwise the search of the device may continue.
(14)
Subpart 5 of Part 4 of the Search and Surveillance Act 2012 (which relates to privilege and confidentiality) applies, with any necessary modifications, in respect of a power to make a full search under subsection (2)﻿(b).

Other powers, protections, and safeguards apply

(15)
To avoid doubt, this section does not limit—

the provisions of subpart 4 of Part 4 of the Search and Surveillance Act 2012 that are otherwise applied by this Act:

the powers in section 201 if evidence of identity and entitlement to travel is on a device:

sections 257 and 258 (copying and retention of documents and goods), which apply, with any necessary modifications, to material and information under this section.
發佈者： 標少 於 下午11:51 70 則留言: